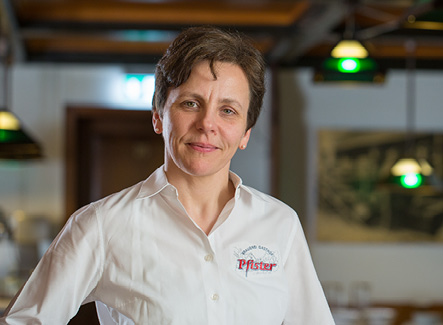 Soak up some Franconian flavours. In our inn’s kitchen, we produce classic regional dishes and new takes on Franconian cuisine.

Come and enjoy delicious food in our inn or beer garden. We serve food that tastes every bit as good as it looks.

We are open from 5pm on Monday and Wednesday,
and from 11am on Friday to Sunday.

Our inn is closed on Tuesdays and Thursdays. 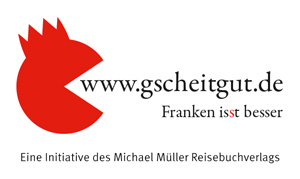 We are proud to be listed among the Gscheitgut-Gasthof selection of inns! www.gscheitgut.de is an officially recognised portal for Franconian food and gastronomy. The portal only lists inns that uphold the traditions of Franconian cuisine and use local ingredients. Read the article on our inn and brewery now (article in German). 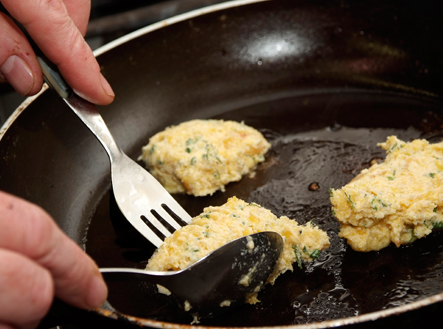 We design menus to match our beers, serving hearty, tasty meals to complement our liquid refreshments. Here in Franconia, we call these the “foundations” for your day 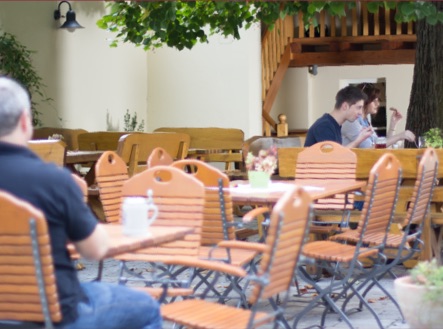 For some open-air relaxation, visit the Pfister beer garden where you can also enjoy our Franconian foundations. The venerable lime tree offers a shaded retreat for up to 50 people. 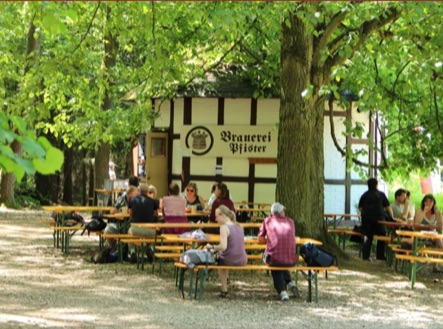 A short hike is the perfect way to take in a beautiful view as one of your mementoes of Franconia. The Schwarzer Keller is located around 40 minutes’ walk from our Brau.Gasthof inn and is the ideal spot for enjoying your packed lunch. 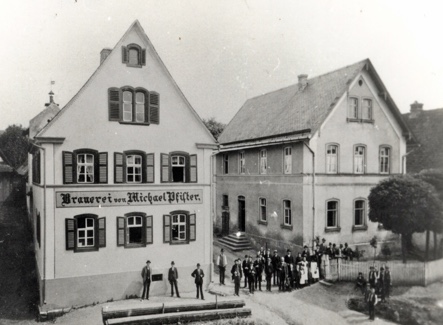 We are proud of the brewing tradition we have created over more than 160 years. In 1995 we joined the Bioland organic farming association, and since then have been brewing our beer according to organic principles. This means that our barley (malt), wheat and hops are all exclusively organically grown, by producers in our home region of Franconia.

The history of the brewery stretches back to 1848, and we have summarised the main highlights here.